CASAS DE HEALING
BACK TO GUIDES AND TEACHERS
Supaychacra Camp 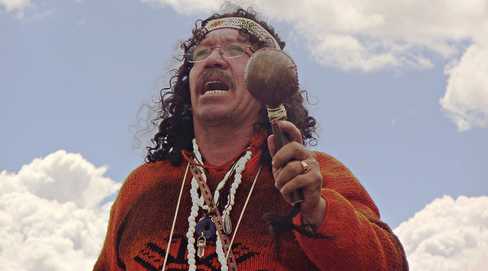 “Viejo” meaning old in English, sacred gifts came to him since he was eight years old. At an early age, he was endowed with knowledge unusual for his age. In awe and recognition of his wisdom, his father called him “Viejo” the honorific of an old man – the embodiment of an old eternal soul.

Like his father, Don Agustín Rivas Vásquez, Viejo is a very gifted and sublimely compassionate Shaman and Curandero / Healer / Light worker. He performs Ayahuasca Ceremonies and works with the Light and not dark forces. He is also among the most revered, renowned and high caliber Shamans / Curanderos / Healers in South America and the wide world.

Don Agustín is very humble and exhibits complete love and compassion, evidenced in his interactions with everyone. The tone of his voice in speech and his singing is sweet and soothing. The same love and compassion are exhibited in his interaction with animals. In addition, he understands man’s relationship with nature, the animals, the plants and the trees and he displays equal compassion and love for all existence. He is truly the imprint of a true Spiritual Master.

There is no doubt as time goes by he will become even more powerful and famous Shaman and Curandero in the world. His Maestro and close friend is his father, Don Agustín Rivas Vásquez. During his years as a Shaman, he encountered other teachers, Shipibo-Conibo from the various Indigenous Indians and has learned from their teachings. Some of his other Maestros include Don Ramón Ramón Sánchez, Don Adriano Tello, Don Elogio Brito and Don Arbildo Murayari.

Those who are fortunate to see him in person and action would be enchanted to be in his presence and experience his aura and energy field.

Don Agustín has been a Shaman for 34 years and has been doing Healing work for 19 years. Don Agustín Rivas has two camps, Supaychacra and Wayrachacra, in the jungle of Tamshiyacu where he performs his healing work using natural plant medicines and through Ayahuasca Sacred Ceremonies.

International Travel Performing Healing Work
Don Agustín Rívas (Viejo) has been traveling internationally to Europe and locally within Perú, performing healing work for the past 13 years. He usually travels to Europe three times per year with each trip lasting about 45 days.

2015 Congreso Internacional de Curanderos
There were about 1200 people at this event.  Don Agustín Rivas (Viejo) addressed the Congreso on Shamanism and Healing.

Don Agustín employs great insights in his approach to the treatment of illnesses and analyses the person’s psychology to formulate appropriate therapies. Like the great Eastern Spiritual Masters, Don Agustín understands some illnesses are not only due to bodily dysfunctions and malignancies but are caused or related to well being of the mind and soul and takes these into consideration in the treatment strategies.

Many people go there to see him from Perú and others from around the world, such as Argentina, Chile, Bolivia, Germany, Austria, Russia, etc. for the various reasons, such as: treatments on various illnesses; participation in Ayahuasca Ceremonies; introduction to Special Dietas (Shamanic Dietas); to receive Shamanic training; and generally to acquire spiritual knowledge.