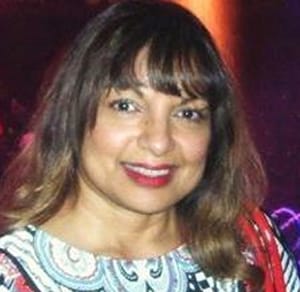 Satie Narain-Simon
Satie is a Canadian Guyanese born, living in Toronto. She holds a Bachelors’, Commerce Major Degree from the University of Toronto and a Chartered Professional Accountant designation. She works as a Tax Auditor with the Canadian Federal Government.

Her joys being an avid traveler, member of the Toastmasters Speaking Club, practice of Rekhi, satisfaction of having a Black Stripe belt for the Tae-Kwon Do martial arts discipline and an initiate of Swami Veda Bharati – lineage of the Swāmi Rāma lineage Himalayan tradition of yoga and meditation.

She cherishes her spiritual journeys to Abadiânia, Brasil (‘John of God’) and prides herself as a Guide to where she calls her spiritual home. In 2012, she was honored as a ‘Daughter of the Casa Dom Inácio’ by the Entities of Light. 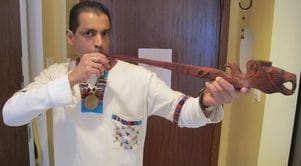 For many years I have also been a student and practitioner of Swāmi Rāma lineage of Yoga, an initiate of the late Swami Veda Bharati - head of Swāmi Rāma Institution in the Himalayas.

Most of my free time is in Brasil, Colombia and in the Amazon Jungle of Perú, investigating  Healing and learning to be a good Shaman and Curandero from some of the greatest Maestros (Shamans and Curanderos) such as Don Agustín Rivas Vásquez, Don Agustín Rivas (Viejo), Don Luis (Lucho) Panduro Vásquez and Don Marcelino Nolorbe Taleccio. In addition, I also make traditional herbal medicine and work with Alternative and Complementary Healing Equipment.
READ MORE 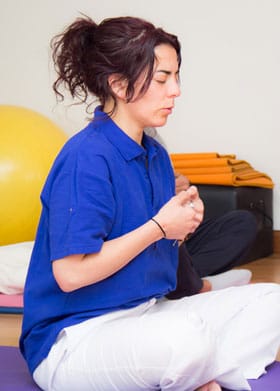 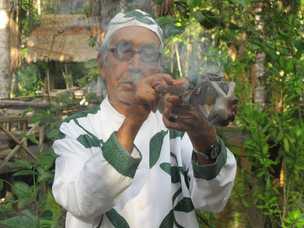 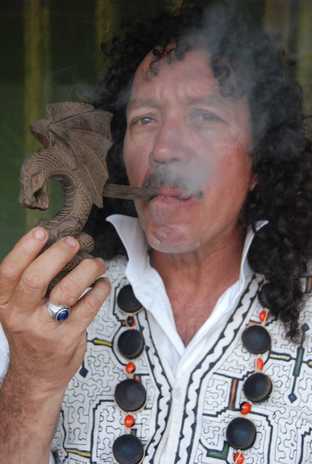 Like his father, Don Agustín Rivas Vásquez, Viejo is a very gifted and sublimely compassionate Shaman and Curandero / Healer / Light worker. He performs Ayahuasca Ceremonies and works with the Light and not dark forces. He is also among the most revered, renowned and high caliber Shamans / Curanderos / Healers in South America and the wide world.

Don Agustín has been a Shaman for 34 years and has been doing Healing work for 19 years.
Read More
Supaychacra Camp

Doña Matilde comes from a distinguished lineage of Curanderos; her grandmother was a Curandera. Doña Matilde started her work at age 20 and she accumulated 25 years of valuable experience as a Shaman and Curandera. She can feel the energy of a person. She also knows exactly what part of a person body is in pain.

Don Luis (Lucho) Panduro Vásquez
Don Luis (Lucho) Panduro Vásquez  is the nephew of the famous Don Agustín Rivas Vásquez and one of the best Shaman and Curanderos in South America. He is 56 years old with 36 years of rich experience as a Shaman / Curandero. He is a very simple, humble and nice Shaman / Curandero. Also, his family are very nice.
​
His beautiful jungle camp, Chicuruna, is located in the Amazon region of Tamishiyacu, district of Fernando Lores, Providence of Maynas Loreto, off the shores of the Amazon River.

Don Lucho Panduro has a good reputation among the local people, as one of the Curanderos who still attend and treat the poor local sick clients and not only with foreigners. He also has an excellent reputation with foreigners - many of them from Russia, Santiago de Chile, Germany, Czech Republic and the USA, who travel to see him for treatment at his jungle camp in Tamishiyacu.
Chicuruna Camp

Don Marcelino comes from a distinguished lineage of Curanderos; his grandparents and father were Curanderos. Don Marcelino started his work at age 18 and has accumulated 27 years of valuable experience as a Shaman / Curandero. He treated about 20 cancer patients.

He is from Manatí II Zona, Amazon, and he speaks Spanish along with 5 other native languages, Yahua, Boras, Jibaro, Cocama and Cocaini.

Don Marcelino was featured in an Ayahuasca Documentary from Chile as detailed below.